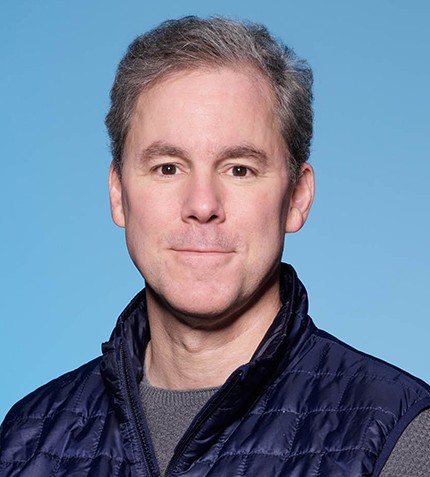 "We went from a one-product company, with one approval in one area, to a three-program story with global reach. What is important about these three programs is that each has the potential to be the cornerstone of therapy in the respective diseases they address."

What made 2020 such a transformative year for Insmed?

2020 was the most significant year in our history. We went from a one-product company, with one approval in one area, to a three-program story with global reach. What is important about these three programs is that each has the potential to be the cornerstone of therapy in the respective diseases they address: treprostinil palmitil inhalation powder (TPIP) is a novel drug that we believe will have the potential for disease modifying impact for pulmonary hypertension. Our second program is called brensocatib. It is in phase three development for the treatment of, initially, bronchiectasis, but it is a drug that represents the exploitation of a new pathway for the treatment of neutrophil mediated diseases. In this regard, it parallels our third program, in that it would represent the first ever approved therapy for the disease it is targeting. Our third program ARIKAYCE was the first ever approved therapy for the treatment of refractory nontuberculous mycobacterial lung disease (NTM) caused by Mycobacterium avium complex (MAC). Each of these programs aligns with Insmed's mission, which is to make an impact on patients’ lives who are suffering from serious and rare diseases.

What unmet medical need is ARIKAYCE filling for NTM patients?

There had not been any development work in NTM for decades, prior to the development of our drug, which is a drug-device combination. Patients inhale the drug to deliver it locally to the lung to try to fight their NTM infection. The infection is serious and difficult to treat, which is why nobody had secured an approved product before. We decided to position our drug to be used on patients who have failed every other therapy. The impact of the drug is the potential eradication of evidence of bacteria from the patient. ARIKAYCE is a very impactful drug, going after a very challenging disease state, and the results have been gratifying because we saw almost a third of the patients with no evidence of infection after treatment with our drug in our phase three trial.

What role does the Orphan Drug Act play in incentivizing these therapies?

There has been an immense amount of advance as a result of the Orphan Drug Act focusing industry's attention on less known diseases that affect fewer than 200,000 people in the US. NTM is one such disease. It is common in that pathogens are ubiquitous in the environment, so we are all exposed to it, but only a very small group of people develop it into an indolent disease that requires treatment. It numbers around 100,000 patients in the US, of which we went after the most severe, the refractory population, which numbers between 12,000 and 17,000.

Can you provide an update on the progress Brensocatib is making?

Brensocatib is our DPP1 inhibitor. It is in phase three right now for the treatment of non-CF bronchiectasis, another pulmonary disease without any approved treatment. Last year, one of the key elements of our transformation was the success of our phase two program with this. It hit its primary endpoint, which was a reduction in pulmonary exacerbations, reducing the risk of exacerbation by about 40% over six months, compared with placebo. The phase three trial is now running, and we think we unlocked a pathway that provides the opportunity for this medicine to be used in a number of diseases, including cystic fibrosis. We were granted breakthrough therapy designation from the FDA and prime designation from the European Union, both for the treatment of non-CF bronchiectasis, and the results of the phase two study were published in the New England Journal of Medicine, which is unusual for Phase 2 data. All of these things signal the promise of this medicine.

What is Insmed’s approach to pricing?

Pricing is ultimately a collective bargain to find ways to bring innovation forward to serve humanity around the world. When we talk about pricing we have to remember, there are several things going on, the first being the scope of impact a medicine has on a patient. For example, ARIKAYCE has the potential to eradicate the disease. If you consider our investment ecosystem, we have other innovations we are making to try to advance other medicines including further innovation in the treatment of NTM. ARIKAYCE supports that through the process of setting a price and securing reimbursement. Most importantly, whenever you are in this industry, you cannot talk about price without mentioning access. Every company needs to remain committed to ensuring that every appropriate patient has access to the medicine.