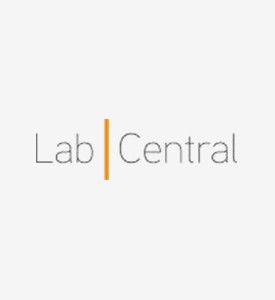 "Companies at LabCentral have all the equipment they need and all the permits already in place, so they can get started right away. They pay per month and there is no lease, so they can come one month and leave the next. For the first time, it is easy for academics to start their own companies."

How did you come to establish LabCentral?

After 14 years at Amax Inc., the “Black Friday” crash in 1987 resulted in a significant loss of the company’s market value due to the drop in commodity prices. I left to join a few individuals from MIT and we started a new venture capital firm, Ampersand Capital. Our early focus was specialty chemicals and electronic/catalyst chemicals, but we realized that most of our partners wanted us to move towards life sciences, so we converted the firm into that field by 1994. Over 18 years at Ampersand, I ran five funds and invested in a variety of sectors. Another crash in 2001 burst the bubble and led venture firms into serious disarray. The ideal model for these firms was unclear and it was a wasteland for venture investments. Ampersand transitioned into a growth equity firm, funding companies with already significant revenue and earnings.

In 2006, I left to form a start-up with Johannes Fruehauf called Cequent Pharmaceuticals and ended up selling it in 2010 to Marina Biotech right after the 2008 crash. In 2010, Johannes and I started thinking about our journey and concluded that there must be a better way for biotech companies to conduct tests and get data faster. We built the first-ever co-working incubating space for lab based companies: LabCentral. Although there were already shared labs around the country, none were as fully equipped. Companies at LabCentral have all the equipment they need and all the permits already in place, so they can get started right away. They pay per month and there is no lease, so they can come one month and leave the next. For the first time, it is easy for academics to start their own companies. We have made that US$2 million investment so the companies do not have to.

In what ways has LabCentral impacted the innovation output in Massachusetts?

Massachusetts’ life sciences industry continues to grow, and LabCentral’s contribution can be measured in many ways. By venture capital dollars, companies here have raised over US$2 billion just in the last three years. More than half of that has just been standard venture capital and about 20% of it has been corporate sponsorship and partnership. Partnerships can be a good source of funding for small companies because they are not selling off their equity – Vedanta, for example, was operating out of LabCentral in the microbiome space and secured a big partnership with Johnson & Johnson. The job creation is also stupendous, and we keep track of the number of patents filed, number of partnerships signed with corporations and many other aspects to track our overall impact. We even track the leased space we are effectively responsible in creating once a company leaves LabCentral for a new property. A great deal of the construction work being carried out around Kendall Square is for new start-ups coming out of facilities like LabCentral.

While building a life sciences company can be expensive, it does not have to cost as much as many people think. It is possible to go much further today on only a few million dollars than it would have been 10 years ago. This is our major impact – we are able to help a company reach certain milestones early in its career. We have only had two instances in which a company did not fully succeed when working at our facility.

For how long are companies generally accommodated at LabCentral before pursuing independent facilities?

Mostly, companies leave because they have acquired the appropriate funding. According to our policy, companies will move out after two years unless they re-apply. We would generally grant an additional year so that they are able to make progress in the lab whilst transitioning to their new location, which can take some time. This way, they are not just waiting and are still able to carry out productive work in the interim. Three years is the maximum, and some companies even leave after as few as six months.

What makes for a successful application?

Each company applies online. The process involves a four-question form to ascertain the area of scientific focus, business plan, founding members and current funding. Companies must have some financial backing to move here. Based on those questions, there will be an interview, either in person or over the phone, and if both sides wish to go forward, we bring them to a four-person selection committee. Through the process, we weed out about half of the companies, sometimes because they are not suited for a co-working environment, as we operate in a very open space. In total, about 20% of companies make it to the final selection. We are a heavily biology-based facility, but we do not discriminate based on scientific area.

How have you seen the investor profiles for biotech companies within the region changing over time?

I have been investing in life sciences since the 1990s, and the investment landscape has changed a great deal over this time. Back then, there were many more free-standing early-stage life sciences firms in the United States and Europe. However, from 2000 to 2009, life sciences venture capital was a bad place to be; none of those funds really made much money. Many changed course and moved towards growth equity, and some carved out their life sciences unit and focused on tech. As a result, there are far fewer early-stage life sciences capital firms, with some being Third Rock Ventures and Flagship Pioneering, which create their own ventures, so follow a different model. This leaves about five in the Boston area and four on the West Coast, and then a large vacuum.

Every large pharma company now has a venture capital fund, so some companies get big investments from larger firms. However, many companies do not get that chance. Then, there is a large group of angel investors within the Boston and San Francisco communities. The environment has changed a great deal.

What are the key objectives for BioInnovation Capital and LabCentral going forward?

Although we have our own fund, which invests in a few companies around the world every year, the lab activity is the primary focus and their operation is a business in itself. We have also selectively decided to help build facilities at a few other locations, such as Princeton, NYU and near Drexel. Depending on staff and infrastructure availability, we will probably take on other projects. We are also in discussions over building facilities in Australia, London and Paris.

We hold many events at LabCentral, from individual talks to seminars run by the larger, better established corporations on topics such as getting products to IND or through the FDA process. Just getting these companies together is hugely beneficial – whatever a company might be going through for the first time, another will have experience in. In terms of physical impact, we have built a larger facility across the street that can house around 20 scientists per company, as opposed to the maximum of 10 here, and there are six companies currently testing that out for us. If that pans out we might try to build more of those facilities.