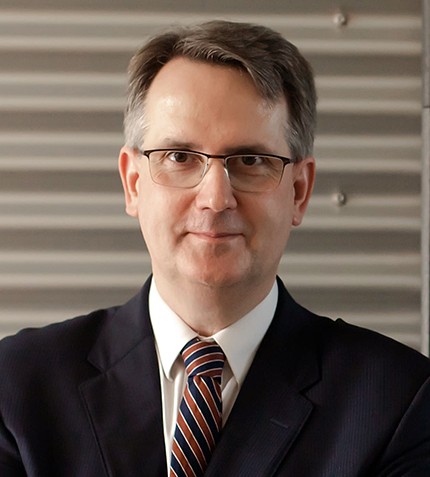 "In a short time, we have built a robust pipeline which has seven novel clinical and preclinical candidates across various areas of unmet medical need through three pathways."

What was your inspiration for founding Landos Biopharma?

Landos Biopharma was the culmination of over 20 years of research in the field of nutritional immunology. I founded several companies of which one, BioTherapeutics Inc, had three separate business units. A main focus was on nutraceuticals, which built on my previous research on nutritional immunology – how do you utilize nutraceuticals to enhance or suppress immune responses in consumer products? We had an AI-based computational engine which helped add layers of efficiency in how we design products. In 2016, we added an emergent therapeutic program, which built on these computational capabilities and was starting to leverage some of the targets that we identified from a nutraceutical perspective.

I soon realized that it did not make sense to keep these different business units under the same roof and, in January 2017, I created Landos. The focus of the company was going to be only therapeutic development with the mission to develop safer and more effective therapeutics for autoimmune diseases.

The autoimmune indication market is huge and is expected to be US$153 billion by 2025. Our initial autoimmune indication focus was on Crohn’s disease and ulcerative colitis (UC), two diseases with an extremely large unmet medical need and a multi-million dollar market. The way we are approaching autoimmune diseases is by focusing on targets at the intersection of immunity and metabolism. We are leveraging our AI-based integrated computational platform to identify important new molecular targets. In a short time, we have built a robust pipeline which has seven novel clinical and preclinical candidates across various areas of unmet medical need through three pathways.

Our mission is articulated around four computational pillars, the first one being targeting the intersection of immunity and metabolism. Secondly, we are focused on developing drugs that minimize safety concerns, which are extremely prevalent in the autoimmune space. The third pillar is to restore immune tolerance, and the only way we can achieve this is through our fourth pillar: focusing on novel mechanisms of action. What differentiates Landos versus other autoimmune disease companies is that we are grounded in novel mechanisms, which provide advantages in terms of improving the treatment paradigm, modulating multiple critical pathways through a single target, and cost efficiencies. We have leveraged a powerful AI-based platform into having a phase-3 ready asset for UC, BT-11.

How can the drugs in Landos’ pipeline improve the standard of care in the autoimmune diseases space?

The UC and Crohn’s disease markets are currently dominated by biologic drugs. Approximately 68% of the market is biologics that have generated sales of nearly US$19 billion in the US. The way in which the treatment paradigm for UC and Crohn’s disease works is that there is a step-up approach and patients that are newly diagnosed start off with 5-ASA, a safer treatment, moving to TNF-a blockers, integrins or oral drugs such as Jak inhibitors or S1P1 modulators in more moderate and severe treatments as needed. There is currently a high density of drugs for moderate to severe states of disease in the market or in late-stage development. There are, however, several safety concerns with these drugs, which make them hard to justify in patients not as severely affected by disease. The mild to moderately affected patient population represents approximately 64% of the overall addressable population, and thus a large portion of patients are unserved or underserved, and a unique opportunity to extend the current market.

There is a great necessity for drugs such as BT-11, which has a very benign safety profile and is very well tolerated. We believe that with our oral products we can enter the treatment paradigm after the first line therapies while competing with TNF-alpha blockers, so that we can capture patients earlier and avoid patients having to move into drugs that could have concerning side effects.

How can Landos’ LANCE platform improve target identification and speed to market?

Our LANCE precision medicine platform has shown efficiency at each stage of development, from target identification to prioritizing and moving forward certain leads targeting newly identified targets. The advantages include improved drug discovery and development, the ability to modulate multiple critical pathways via a single target, significant target generation potential, an accelerated discovery timeline (approximately 18 months to get from discovery to phase 1), and lower expected discovery and development costs. We anticipate that in 2021, Landos will be able to file at least 3 INDs for new product candidates that will be moving into the clinic. All our programs are on track and multiple value-accruing catalysts are ahead of us.

What is the vision for Landos over the next 3-5 years?

In four years, Landos has grown from an idea to a Phase 3-ready asset. We have a unique opportunity to take our BT-11 asset into commercialization. We believe that moving forward, we can convert Landos into a fully-integrated biotech company that not only has a very powerful R&D engine, but also a very robust commercial arm. We have a very experienced and committed team, which will assist in taking the company forward to become a multi-billion dollar, fully-integrated biotech company targeting a hugely attractive market.

Connected to this strategy will be the scale up of BT-11 into other indications such as eosinophilic esophagitis, psoriasis, and atopic dermatitis. We will also put in the effort to take our other candidates BT-104, BT-111, NX-13, NX-66, NX-73, and PX-69 forward.