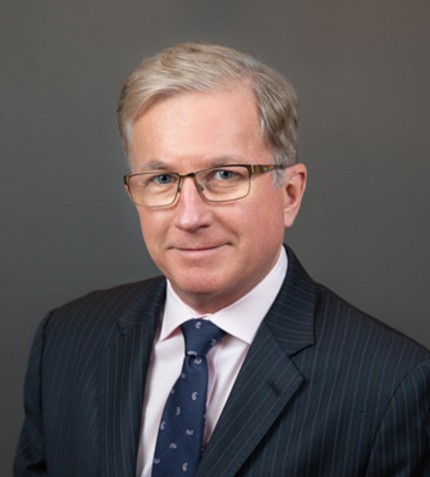 "We have an asset that is considered one of the highest-grade scandium deposits in the world. It also has the additional benefit of significant rare earth credits."

Can you provide an overview of Imperial Mining and its portfolio of assets?

Our flagship project is Crater Lake, which is a scandium-rare-earth opportunity. We also have two high-quality gold assets not far from Osisko's Windfall Lake gold deposit, and we acquired a very large base-metal play in what looks to be developing into a new copper-zinc mining camp. However, subsequent to that deal, SOQUEM acquired 100% of the base-metal property. Our two gold assets are of high quality, and we have done work on both revealing ore-grade intersections. We are now at the drill-ready stage on the two gold properties. Since acquiring the Crater Lake scandium-rare-earth property, we have done geophysics and groundwork, and this past winter we completed definition drilling on one of the three scandium mineralized areas that we identified. The intention at Crater is to roll it into a 43-101 resource report followed by a Preliminary Economic Assessment (PEA) coming in fall of 2021. That is an important milestone because it will produce a financial model of the eventual mining operation. This is an important prerequisite to meet Investissement Québec’s investment involvement.

What are the advantages of the Crater Lake scandium-rare-earth property in northeastern Québec?

When it comes to rare earths, China is the 20,000 tonne gorilla in the room with virtual control over the market. There are many good assets in North America, but in the past we got caught with the Chinese manipulating price. Consequently, the price of rare earths dropped in 2012, and North American companies could not attract exploration dollars to continue the development of those assets. Now the US is being threatened by China saying that they are going to restrict the supply of rare earths to US industry. This is critical because it is a direct threat to the American defense and green technologies.

Scandium is a different kind of play. The Russians discovered that by adding small quantities of scandium into aluminum resulted in doubling and tripling the strength of conventional aluminum alloy. It also made the alloy more corrosion and heat resistant. They brought it into their fighter jet program as an alternative to titanium, which the American military prefers, and it displayed clear advantages. It was 1/10th the cost to produce, it was lighter than titanium alloy, and it was stronger with a flex to it.

Despite these benefits, the issue has always been insufficient supply. Our advantage is that Québec produces 90% of Canada's and 60% of North America's aluminum. We are also next door to what could potentially be the biggest consumer market for scandium-aluminum alloy. We have an asset that is considered one of the highest-grade scandium deposits in the world. It also has the additional benefit of significant rare earth credits.

From a sustainability standpoint, this asset would be able to provide manufacturers with the confidence that this commodity is going to be available for them for a very long time. That way they can justify the R&D costs of looking at the material, part testing and then putting it into cars, planes or military armor. That process takes three to five years, which fits nicely with our timeframe of being able to deliver first product.

Rio Tinto and the Québec government recently announced they are building a commercial-scale demonstration plant to produce scandium oxide in Canada. How might that benefit Imperial Mining?

Throughout the rare-earth run from 2008 to 2012, not a single major player indicated support for developing the rare earth space globally. When you get a major like Rio Tinto saying they are going to produce scandium, and then scandium-aluminum alloy, because they think there is a significant market for it, from our perspective, it is a validation of our conviction that there is money to be made in this space.

Have investors begun to realize the opportunity in scandium and rare earths?

Recognition of the investment opportunity in critical metals is evolving, but at a snail’s pace. The market is small and critical materials are opaque. They are not traded on the open market but by secret offtake and sales contracts where the price and volumes are not revealed. Investors want the certainty to look at a company’s grade, multiplied by the number of pounds of metal, multiplied by current market price. Then they can put a dollar figure on what that asset is worth.