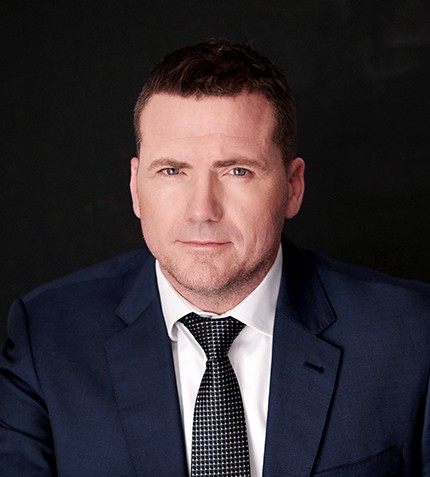 "Mining has recently caught our attention as the environment in the industry is enabling the shift to renewables."

What are the role and history of the Gransolar Group?

Gransolar Group is a group of vertically integrated companies covering all the needs of large-scale photovoltaic (PV) projects, from engineering to energy storage. The company was established in Madrid 15 years ago originally as a developer of solar projects. Opportunity and necessity facilitated the company’s organic growth to include four main business units: GRS, Ingenia Solar Energy (ISE), PV Hardware (PVH) and Energy Storage Solutions (E22). GRS specializes in developing, constructing and operating PV plants and their connection to the grid and operates across five continents.

Our primary focus is serving the utility market; however, mining has recently caught our attention as the environment in the industry is enabling the shift to renewables. Solar PV in mining is no longer considered something of the future, as mines, especially off-grid mines, are increasingly considering solar solutions. All four subsidiaries of Gransolar Group offer services that are applicable to the mining industry. Our products and services can be provided to all mines across the board and our battery products are suited to both grid-connected and off-grid mines. GRS will likely look for a thermal company to partner with to create a hybrid solution in greenfield projects. ISE has recently engineered a solar project for the Blanket mine in Zimbabwe. Meanwhile, E22’s battery solutions are also a good fit for complimenting solar and wind projects creating the opportunity for dispatchable power.

To what extent is the South African market opening up to solar power as a clean alternative?

The 2019 integrated resource plan (IRP2019) addresses South Africa’s future energy mix until 2030. Prior to the IRP2019, the energy mix did not include or promote solar, wind and gas generation alternatives as strongly as it does now. Limitations to mines implementing solar projects have been reduced as the cap on energy generation and self-consumption was as low as 1 MW, but it is set to be increased to 10 MW without a license.

Gold Fields’ solar project was one of the first to submit the license application for self-generation around four years ago, but the project has only been approved by the National Energy Regulator in 2020 since the regulations in South Africa are enabling the shift more today than before.

Greefspan II is a 55 MW project in the Northern Cape Province of South Africa for African Clean Energy Development (ACED) who is dedicated to the development of renewable energy projects in Sub-Saharan Africa. The project has recently reached COD after facing some construction delays due to the Covid-19 outbreak.

The power produced will feed into the national grid and make it possible to supply at least 20,000 South African households while avoiding the annual emission of 130,000 tonnes of carbon dioxide.

Can you elaborate on how the uptake of solar energy differs across various sectors in South Africa?

The regulatory framework dictates the willingness to switch to solar or cleaner energy sources for large-scale projects around the world. For example, the Gransolar Group came to South Africa because the government actively pursued an agenda to introduce renewables into the energy mix for the country. In the commercial and industrial sectors, demand for renewables is driven by the cost of electricity and energy independence. A decade ago, South Africa had one of the cheapest power costs in the world. However, as the country introduced new generation capacity, this changed dramatically.

Globally, Australia is a focus point for Gransolar Group and a rapidly growing market for our products and services. We are also focusing on the US, Latin America and South Africa. However, GRS has recently executed projects in the Middle East, specifically in Dubai. Whether or not an African market is attractive for us depends on its electricity consumption levels and the existence of a sustainable non-corruptible government-run program. The most significant catalyst that contributed to our market development in South Africa was the guarantee placed by the government that if Eskom defaults on their payment, the Department of Energy will step in to cover its debt.