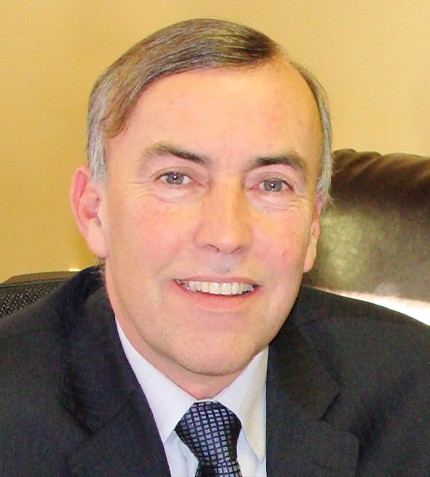 “The Québec government is very proactive in the lithium field, mainly in the industrial end use at this time, but we expect they will increase their support for the exploration and development phases in the coming years.”

How have the past few years been for Vision Lithium?

Vision Lithium has three main lithium exploration properties. We acquired the Sirmac property in 2017 from Nemaska Lithium, the Godslith property in Manitoba from prospectors in 2019, and the Cadillac property just West of Val-d’Or in 2021. The Godslith property is likely to become the company’s flagship project, as it hosts an historic resource of close to 10 MT grading well above 1% Li2O. We are looking forward to advancing this project once we have finalized an exploration agreement with the Manto Sipi Cree First Nations community. We hope to be drilling there by late 2022 or early 2023 in order to confirm the historical results. The Sirmac property in Québec is located West of Sayona Mining’s Moblan high-grade lithium deposit, which is growing by leaps and bounds in 2022. Vision has the only other lithium occurrences in the same greenstone belt as Sayona, and the Main dike hosts a half million ton deposit of high grade Li2O. The property has economic lithium drill intercepts over 5 km East-West and more than a dozen untested LCT dikes. Finally, our newly acquired Cadillac property is within miles of major mining infrastructure and has low exploration costs relative to northern projects. Several thousand claims have been staked around this new property where Vision is drilling multiple lithium bearing dikes.

Can you elaborate on the findings at the Cadillac property announced in April 2022?

Vision Lithium acquired the Cadillac property in December 2021, just before the snow covered the ground. Fortunately, we were able to take several grab/channel samples from one of several known mineralized pegmatite dikes and received great results – relatively high grade at over 3% locally. Encouraged by these findings, we started drilling in January 2022, and have confirmed the sizes of the main three dykes at 5-10 m wide and lateral continuity at over 300 metres. Spodumene is observed at surface over the entire strike length of the main dike tested to date. Mineralization is typically composed of large spodumene crystals. We have drilled 25-30 holes to date and have mitigated results, with high grade results in some holes.

What excites you about the Sirmac lithium property?

Vision Lithium conducted approximately C$1 million worth of work at the Sirmac property in 2018-2019. The Main dike is a very prominent feature rising well above its surroundings. There are several dikes on the property, and economic lithium intercepts over a 5 km strike. We believe that the property could host another Moblan-type deposit. We have been conducting a series of reviews and studies, particularly LiDAR as the area is covered with sand. We will be drilling prospective targets in late summer 2022.

Vision Lithium acquired the Decelles property in March 2022. What made this property attractive to the company?

Decelles is located 40 km South East of the Cadillac property. At Decelles, we staked and/or acquired a total of 70 claims. We knew there were many dikes in the area, as we had done some reconnaissance there in 2021. We have not started work on the property this summer yet, as we are focused on our other lithium properties in the short term. The property is also very easily accessed South of Val-d’Or by existing roads.

How has Québec strategically positioned itself as a favorable jurisdiction for mining operations?

The Québec government is very proactive in the lithium field, mainly in the industrial end use at this time, but we expect they will increase their support for the exploration and development phases in the coming years. Having three years to renew a new claim is a great benefit to attract investors to the province. The province has also built a world-class online geoscientific database where you can access all historical exploration data for anywhere in Québec. Additionally, the province has a well-known, highly effective flow-through system, which benefits investors as well as companies looking for exploration financing.