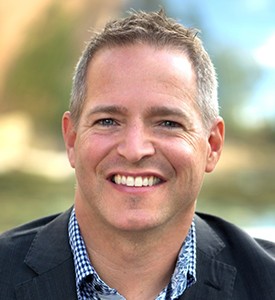 "Manitou Gold’s positioning itself to be an incredibly attractive investment option for a major company looking to acquire a deposit with huge potential in a safe and productive jurisdiction’s. Both the Kenwest and Goudreau properties offer this upside." 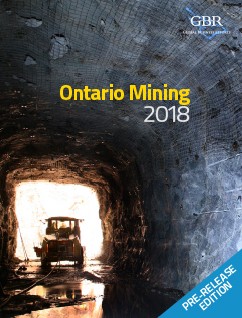 How did Manitou Gold manage to acquire 25% of the Goudreau-Lochalsh Deformation Zone within 18 months?

RM: Manitou Gold’s 25% acquisition of the Goudreau-Lochalsh deformation zone (GLDZ belt) has been a rapid and strategic implementation. In 2016, Pat Dubreuil was trying to secure the purchase of the Edwards and Cline mines located on the GLDZ - near the town of Dubreuilville, Ontario.  He happened to approach one of Manitou Gold’s directors who then brought the opportunity to my attention as CEO.

Fast forward to the first quarter of 2017, Pat and I had developed a shared set of goals and strategies for acquisitions on the Goudreau-Lochalsh deformation zone. Our like mindedness lead to bringing him on board as president of Manitou.

The Western 10 kilometers of the belt, which represents around 50% of the total of the GLDZ, and is completely owned by Alamos Gold - who acquired the Island Gold mine in November 2017 through their takeover of Richmont Mines for just under US$1 billion. A private equity group owns another 25% on the east end of the belt.

In 2017, we identified and purchased four very important old mining patents consisting of over 160 acres of unexplored land - adjacent to two past producers: the Edwards and Cline mines.

Following this deal, we went on to purchase another set of claims known as the RockStar property - totaling in excess of 7 thousand acres - from Argo Gold in April 2018.

Manitou Gold now controls the remaining 25% of the land along the Goudreau-Lochalsh deformation zone.  The entire strike of the zone is well over 20 kms long.

What makes the Goudreau Belt such an attractive investment opportunity?

PD: Alamos Gold’s exploration activity is quickly proving-up 2 million ounces of defined reserves in the area. They’ve been consistently producing 100,000 oz of gold per year and have become one of the lowest cost producers in Ontario.

Their drilling program and budget over the next 18 months has increased from CAD$12 million at the start of the year, to CAD$20 million currently - due to their excellent drilling results. The high-grade results that Alamos Gold made public have been generated from their eastward drilling efforts - towards Manitou Gold’s property.

In essence, their success in the area is confirming the value and potential of the GLDZ eastward.  What is good for Alamos Gold and the Island Gold mine is good for Manitou Gold shareholders.

What’s the current status of Manitou Gold’s two projects; on the GLDZ Goudreau patent, and on the Dryden area Kenwest patented properties?

PD: Manitou Gold would like to establish itself as a key stakeholder of the Goudreau-Lochalsh deformation zone. We will work with groups that share our vision and beliefs on the potential of the GLDZ.

We currently have geologists working the properties and have received permits from the MNDM - following the establishment of MOU’s with four First Nations that have asserted rights in the area.

The next 18 months will be very interesting. In addition to this exciting work on the GLDZ, Manitou Gold has recently submitted its proposed Kenwest Bulk Sample “Closure Plan” to the MNDM and First Nation in Treaty 3.

This Bulk Sample project should come to fruition in 2019. We have officially entered consultation mode with the First Nations and the stakeholders of this region to discuss the Bulk Sample project, its scope of work and environmental guidance’s.

We are actively discussing the Kenwest Bulk Sample with seven groups that the ministry has identified for us in order to move from a draft plan to fully permitted and approved project.

How are you financing these operations?

RM: Manitou Gold announced a CAD$1.4 million equity financing in August 2018, which for a Canadian junior company is quite unique given the present investment climate.

We will be careful with this investment. We currently have two teams of geologists on the Goudreau properties working within budget and will continue with this strategy until the end of 2018.

As the market picks up at the start of the upturn - and in addition to the fact that we are fully permitted for the next three years - we are positive on garnering significant interest for the project.

We have attained letters of support from investment banks in Toronto to raise CAD$30 million under the specific business plan we have put forward. As the owners of the other 25% are a private equity firm without a mineral exploration partner, it’s likely they intend to sell their asset, or join forces with a group who have the experience and expertise.

Have the trends towards investment in marijuana and crypto-currencies affected the junior mining industry?

PD: During a recent TSX-course I attended, around 80% of the 250 people attending were from new cannabis companies to be listed on the stock exchange. This illustrates the current level of interest and activity in the sector and reflects the number of new TSX-V listings.

However, as in the past, bubbles inevitably do collapse - and investors return to the basics.

We believe it’s just a matter of time before the investors come back to the commodity market. Several of the majors are mining old deposits and do not have replenishment resources in place.

Manitou Gold’s positioning itself to be an incredibly attractive investment option for a major company looking to acquire a deposit with huge potential in a safe and productive jurisdiction’s. Both the Kenwest and Goudreau properties offer this upside.

Do you have a final message for the readers of Engineering & Mining Journal and Global Business Reports?

RM: Manitou Gold can deliver our shareholders an awful lot of value on the front-end, through the discovery phase, and initial resource identification.

That is our specialty. To get through to a PEA or scoping study level - from resource to reserves.

However, when it comes to mine permitting, financing and development, we would like to bring in other experts to take this next step.

PD: Ontario is one of the best mining districts. It’s the largest mining province in Canada and very investor-friendly.

Both projects are adjacent to past producing mines, and in re-emerging gold belts.

There’s a saying - "the best place to find a new mine is beside an old mine" - and we have absolute confidence that Manitou Gold properties can host world-class deposits. 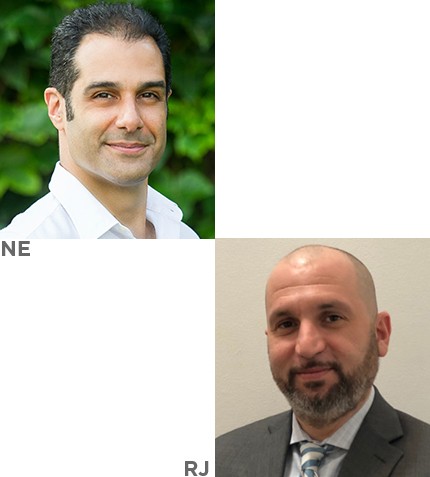 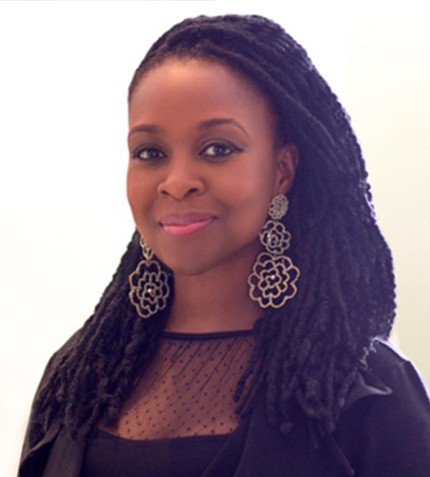 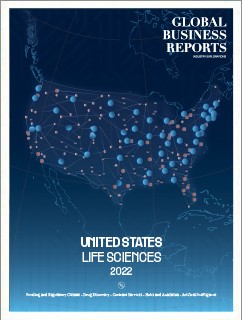