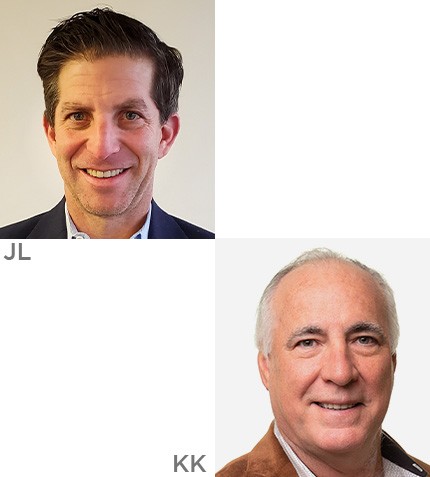 "We will be producing some of the cleanest palladium in the world, and, at some point, we believe that is going to command a premium price in the market."

Can you provide an overview of Generation Mining’s (GENM) efforts to advance its Marathon project in 2022?

KK: Generation Mining had four main initiatives over the past year. First, we have been navigating our environmental assessment process for the past several years, and on November 30th this year we received approval from both the federal government and the provincial governments. This enables us to proceed with permitting before the end of 2022. This will give us the federal and provincial approval to proceed with mine construction, subject to individual permits. The second initiative we focused on was to secure financing. At the end of 2021 we announced that we had a C$240 million dollar stream with Wheaton Precious Metals to help fund the project, and we followed this up by announcing that we had a consortium of banks looking to fund up to C$500 million. We are now looking at additional financing strategies to bring in the balance required. Once that funding package is secure, we will be in a position to start construction. The third vector of progress is related to our relationships and agreements with surrounding indigenous communities. We announced that we had received ratification of our community benefits agreement with our nearest First Nations group on November 14th. The last area to highlight is the build out of our team. We now believe we have the staff and expertise in place to execute through to production. We will hire up to 1,100 workers during Marathon’s construction phase.

What efforts is Generation Mining taking to mitigate risks associated with project construction?

JL: Our plan is to get 75% of our detailed engineering complete before we start construction. This is important because several projects were negatively impacted by not taking this step. As a single asset company, we are maniacally focused on our Marathon project, so we will not get distracted. We also feel that the inflationary environment is shifting, and if that is the case, we will benefit substantially.

KK: The key is to employ people who have built and worked on successful mines in the past. We have people who have been through this process several times, and they know how to adapt to challenges because there are no cookie cutter projects.

Can you outline the medium-term supply-demand dynamics you see for palladium and copper? What role will the Marathon project play in feeding these markets?

KK: Marathon’s primary commodity is palladium, and it is used in catalytic converters and automobiles. One positive demand driver is that China is increasing the amount of palladium required in each car to lower pollution levels. India has followed, where we are now seeing cars manufactured with substantial amounts of palladium for the first time. Although we have been mitigating car exhaust in North America for the past 45 years, some countries have not even started yet. Hybrid cars are also getting more popular, and they need more palladium than a typical vehicle. That is because catalytic converters only start converting when they get hot, and hybrid cars do not burn as hot because the engine is going on and off all the time.

The bear case for palladium is one in which electric cars begin to dominate the market. They do not use any palladium. However, they do use a substantial amount copper. A typical gasoline powered car uses about 40-45 pounds of copper. A typical electric car uses 180 pounds of copper, and every EV charging station requires an additional 40-50 pounds of copper. There is an immense amount of copper demand, so fortunately our secondary product is copper. This provides Generation Mining with a built-in hedge. If electric cars get really popular, copper is going through the roof. That is why Goldman Sachs is talking about copper potentially reaching US$6-$8 per lb.

Can you speak to the carbon footprint associated with the Marathon project? How does this compare to other PGM projects throughout the world?

JL: The two main sources of platinum group metals in the world are Russia and South Africa. Russia's production is powered 55% by carbon intensive fuels. South Africa is over 90% powered by coal. In contrast, our Marathon project is on the Ontario grid making it 96% carbon free. End users like Tesla, and GM are now required to go down their entire supply chain to figure out how much carbon was produced in the making of an EV battery. Fortunately, we will be producing some of the cleanest palladium in the world, and, at some point, we believe that is going to command a premium price in the market.

Are there any advantages Generation Mining is able to leverage given it is attempting to take two critical minerals into production?

KK: One example in which being a critical mineral producer has provided an advantage was when the Export Development Corporation of Canada expanded their indicated interest in their share of the debt financing from C$100 million to C$200 million.