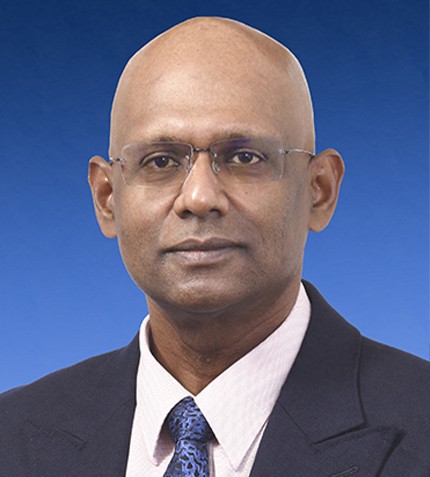 "We have been driving multiple projects in gasification, carbon capture and hydrogen to support global transportation and the energy transition for a more sustainable world."

Could you give us a brief introduction to Air Products?

Air Products is a world-leading industrial gases company in operation for 80 years. The Company had the fiscal year 2021 sales of US$10.3 billion from operations in over 50 countries.

Could you elaborate on Air Products’ presence in Southeast Asia?

We have been present in Southeast Asia for more than 45 years having about 1,000 employees and 20 production facilities in Malaysia, Singapore and Indonesia. We also have a joint venture in Thailand. Air Products in SEA are investing for growth, for example, our coal-to-methanol project in Indonesia to convert abundant coal resources into high-value products in support of the country’s sustainable development. Specifically, we have been serving Singapore since the 90s and have three production facilities -- a specialty gas and helium center in Senoko, where we produce specialty blend gases for Southeast Asia; and an air separation plant and a pipeline system on Jurong Island, where oxygen, nitrogen, argon are distributed via pipeline or tanks to the island and an onsite customer.

Could you walk us through Air Products’ key investments in capacity building and decarbonization?

We have been driving multiple projects in gasification, carbon capture and hydrogen to support global transportation and the energy transition for a more sustainable world.

We will inaugurate a gasification and power plant in Saudi Arabia next year, as part of a JV signed in 2021. In Canada’s Alberta, we are building a world-class, net-zero hydrogen energy complex fitted with carbon capture, sequestration, and liquefaction technology. The project is expected to be onstream by 2024. More than 95% of the CO2 emitted from natural gas will be captured and stored underground.

Further down the line, we have numerous megaprojects that will come onstream in 2026. Using the same SMR technology as in Alberta, we are building a landmark “build-own-operate” US$4.5 billion world’s largest blue hydrogen complex in Louisiana, U.S.A. Moving a step further to green hydrogen, our flagship megaproject in Saudi Arabia’s NEON, a US$1 billion JV investment, will revolutionize the energy space, integrating multiple technologies that use wind and solar power to produce carbon-free hydrogen, ammonia and nitrogen. Our vision is to ship ammonia, which is a hydrogen carrier, to various destinations, where it will be broken down to net-zero hydrogen. The carbon-free green hydrogen will power buses and trucks around the world, eliminating about 3 million tons per year of CO2 emissions, the equivalent of emissions from over 700,000 cars.

How do you see the future of hydrogen in the energy mix?

No doubt, hydrogen is the fuel of the future, and all players involved in this emerging value chain, understand what’s at stake. However, most technology providers in the hydrogen space are still at an incubation stage. Air Products has a long history with hydrogen: we supply hydrogen to NASA, deployed the first hydrogen fueling station in 1993 in Singapore and are involved in more than 250 hydrogen fueling station projects in over 20 countries. We have developed our SMR technology as well as introduced new technologies like electrolysis. Today, our focus is to move from grey hydrogen to blue and green hydrogen by harnessing solar, wind and hydropower.

Do you have a final message for our international audience?

Sustainability has become a catchphrase for the industry but this is not new for us. Air Products has been a pioneer of lower-carbon initiatives. For example, back in 2004, Air Products was the first company in Singapore to set up a hydrogen refueling station. In the glass and metals industries, we supply burner technology and oxygen injection into the furnace to significantly lower CO2.  In the food sector, Air Products provides nitrogen for long-lasting preservation and freezing.  We have also developed a cryogenic process to capture volatile organic compounds so they are not released into the atmosphere.  Air Products has been accelerating our investment in energy transition and clean energy projects. All these require not only investment, but also vision, leading-edge technologies and excellent execution capability.  We will be bringing hydrogen and ammonia to different markets in the world– we are not just investing in production capabilities but evaluating ways to transport them safely around the world. Using our centrality as a middle pillar in the value chain, we want to bring people together, innovate, and jointly solve the world’s most pressing issue: the energy transition, by working with the government agencies and their partners together on the sustainability/go green initiatives.