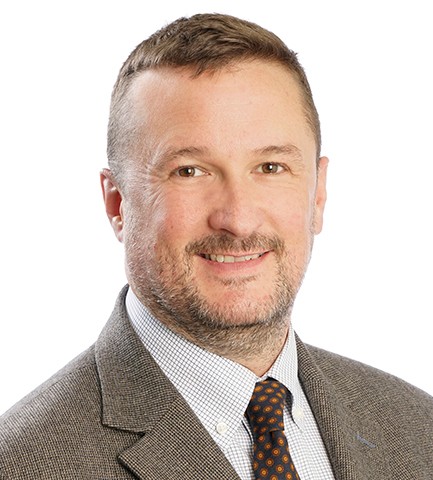 "Our key focus is to develop our projects in Cameroon, which is a brand-new frontier for gold exploration and mining with great potential."

What are some recent highlights of the drilling campaign at the Bibemi gold project in Cameroon?

Cameroon is a new district for gold exploration. Despite being early-stage explorers, we are proud to be pioneers in the identification and verification of new areas of gold mineralization in this country. We have tighter control of our projects in Cameroon in contrast to Senegal, where we are free carried. In the last year, we carried out a maiden drilling program at Bibemi which has been a great success, since over half of the initial prospecting holes intersected orogenic-type gold mineralization, providing depth continuity to multiple targets within the 8.3 km-long system identified at surface.

Oriole Resources, together with its partner BEIG3, recently received approval for a package of eight licenses in the center of Cameroon. Can you elaborate on this milestone?

In February 2021, we were granted a large license package in the center of Cameroon, which we call the Central License Package, or CLP. It comprises eight licenses which cover 3,592 km2. We have already completed the first phase of work on five of the licenses, while we will restart work on the three remaining licenses in Q4 once the rainy season is over. The work involves early-stage stream sediment sampling; we look primarily for gold but also carry out multi-element analysis to check whether there are other minerals present. To date we have received the gold results for two of the five licenses that we sampled and identified anomalous gold in the streams of both.

Can you update us on the latest developments of the Senala License in Senegal?

We have been active in Senegal with our partner IAMGOLD, which is earning in on the joint venture on our landholding at Senala. This year, our partner has drill tested two main target areas: Faré in the north of the license and Madina Bafé in the south. At Faré, they have completed some diamond and reverse circulation drilling, identifying new mineralized zones at the Faré North and Faré Far South prospects, and confirming some of the mineralization we had already identified at Faré South. This data enabled us to publish a preliminary mineral resource estimate under the JORC code for the Faré South deposit, where we have an exploration target of 280,000 oz and an inferred resource of 155,000 oz. This maiden resource has significant scope for expansion as it remains open along strike to the northeast and southwest and is also open at depth.

IAMGOLD is also in the process of drilling the Madina Bafé prospect in the south and they have already received some positive results from diamond drilling. Madina Bafé could potentially become a satellite deposit to IAMGOLD’s Boto project, located to the east of us, due to the close proximity of the prospect.

How have investors' perspectives on Cameroon changed over the last few months?

The country’s government is making great efforts to attract external investment into the mining sector. It has recently seen a significant amount of new license applications for new grounds, both from juniors and from larger companies. The most recent notable application was a five-license package from the French multinational mining company Eramet. Overall, we have had a very positive business experience in the country, and we know that our investors appreciate our leadership in this new frontier.

What are Oriole's priorities for the next 2-3 years and do you have a final message?

While Senegal is a great opportunity, it is currently in the hands of our earn-in partner IAMGOLD.  We fully expect to see value accretion in the licence through their work, and as we are free carried, we are happy to support the development of the exploration program. Our key focus is to develop our projects in Cameroon, which is a brand-new frontier for gold exploration and mining with great potential. Our Central License Package could easily be a completely new gold district since there is plenty of space and indication that there is potential for the area to host multiple deposits. Our projects in the north, Bibemi and Wapouzé, have proven that an orogenic gold system exists, that they carry grade and that they have a depth extent to them. Our goal is to develop the existing targets further. We also have the view to develop some preliminary mineral resource for these targets should results continue to be positive. In the wider Oriole company, we look forward to identifying ways to release value from our legacy assets, primarily in East Africa and Turkey.