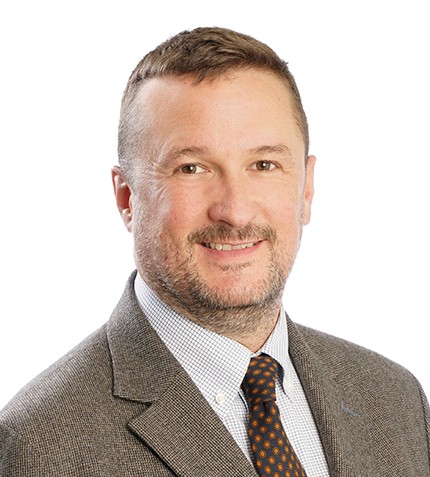 "While other West African countries are becoming more difficult to work in, Cameroon is becoming more stable and friendly for investors. Last year, Oriole applied for eight new licenses over an area of approximately 3,500 km2 in central Cameroon. I believe investors are hesitant until the first hole in the ground is drilled, and we have many groups waiting to see the results from our maiden drilling campaign, which is due to commence later this year."

Could you briefly introduce Oriole Resources?

Oriole is a London-based gold exploration and development company. We undertook a re-brand two years ago but have effectively been listed on the Alternative Investment Market (AIM) since 2006. Our focus is in Cameroon and Senegal where we hold ongoing exploration licenses. We also have a number of legacy assets at different stages of permitting and development, mostly in Turkey. Oriole is an agile group, with a very capable technical team. Our expertise is in high-risk, new frontier opportunities which we can de-risk and add value early on to maximize return for investors.

What drew Oriole to the Bibemi and Wapouzé assets in the north-east of Cameroon?

Bibemi and Wapouzé are two gold discoveries made in 2012 by Reservoir Minerals who, after doing some basic sampling and trenching, sold the licenses on in 2016. When I joined Oriole in 2018, I saw an opportunity to go to Cameroon, a country that covers an area of geological compression between the Congo Craton and the West Africa Craton. The Cameroonian government has worked with the World Bank to develop the country’s attractiveness, mirroring what Senegal and Mali had done in the nineties. BRGM and GTK were invited to provide country-wide geological mapping, while the government reviewed the licensing structure and rebuilt the cadaster system; everything to bring in explorers like ourselves to do the follow-up work.

What are the highlights of the first soil samples at Bibemi and Wapouzé?

On both licenses, we have significant gold anomalism: at Wapouzé there is 13 km of striking gold anomalism, and at Bibemi over 20 km. We have focused particularly on the Bakassi zone where there are two parallel trends striking over about 6 km. Ground samples bring spectacular results: well over 100 g/mt gold in grab samples, but more important is the indication of high volumes. Oriole conducted a 12,500 m trenching program in 2018-2019, identifying strong mineralization across both trends. We are now looking to start drilling at the end of September to provide a third dimension to that 6 km zone and start defining targets and hopefully a resource.

Could you also give us the latest milestones from the Senala project in Senegal, and provide more details about the agreement held with IAMGOLD?

The Senala license, formerly known as Dalafin, is a substantial license of over 470 km2, right in the center of KKI line (Kédougou-Kéniéba inlier), with five geochemical targets identified. We approached the government requesting to relinquish the entire license and reapply for it back in 2019, when the license was nearing its full term. This is why it was renamed from Dalafin to Senala. Our Saroudia and Madina Bafé targets sit west of IAMGOLD’s 2.5 million-ounce Boto gold project, so these could become satellite pits for them. We signed an agreement with IAMGOLD for US$8 million over six years through which they can get 70% ownership. IAMGOLD is in the third year of the agreement and is currently looking at the Faré target, which has the potential to be a standalone open pit mine.

We see mining juniors trading at what seems to be a discount price because of perceived risk in African countries. How do you convince the market of Cameroon’s attractiveness?

Cameroon is geologically correct, with large scale, deep-tapping structures, but it has been overlooked due to historic issues around corruption and security concerns. Investors should understand that Cameroon has gone through a big political change in the last decade, improving its governance and its laws. While other West African countries are becoming more difficult to work in, Cameroon is becoming more stable and friendly for investors. Last year, Oriole applied for eight new licenses over an area of approximately 3,500 km2 in central Cameroon. I believe investors are hesitant until the first hole in the ground is drilled, and we have many groups waiting to see the results from our maiden drilling campaign, which is due to commence later this year. There are only a handful of groups operating in Cameroon, of which we are the only ones doing active gold exploration on the ground.

What is your take on current gold prices, and what impact do you believe a consolidated spot price will have on the exploration space in West Africa?

The high gold prices are already having an impact, as we see many of the juniors re-rated. The best aspect about West African gold is the short timeline between discovery and production. West African governments are very reactive, so the licensing process is generally fast. This aspect will prove very important because the medium to long term gold outlook is very positive after the barrier of US$2,000/oz was crossed. I think we will be bouncing around this figure, although the price will be spikey in the next 12 months. For miners, long-term planning will take into account higher base price predictions (maybe at around US$1,400-1,500/oz). If the gold price settles north of US$1,500, many new projects will be brought in.

What comes next for Oriole, and what is your final message?

Oriole Resources is focused on three tracks: mobilizing equipment into Cameroon to begin drilling our targets; realizing value from our legacy assets; and continuing to look for new opportunities in the African-European time zones. Cash from selling our Turkish royalties and other assets, will be used towards advancing our Cameroon projects. Finally, the pandemic will continue to impact the world in unpredictable ways, but we feel we are equipped to deal with these challenges.