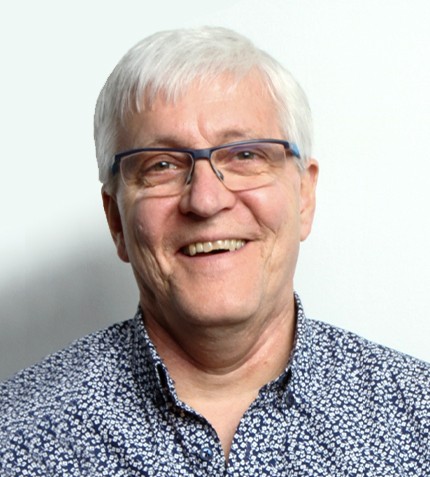 "We were the first to drill inclined, finding shear zones and faults with high-grade material never identified in any geological maps."

Could you give us a background into the legal battle to renew the license at the Haib copper project in Namibia?

The license for the project was originally granted in 2004 to Deep South Mining Pty. In 2008, Teck Resources bought 70% of the licence and controlled it until 2016, when they decided to exit the country due to bad copper economics. Already owning 30% of the project, Deep South Mining was offered to buy back their interest in the project. At that time, Deep South Mining was a private entity and did a reverse takeover to list on the TSX-V; this is when it became Deep South Resources. After closing the deal with Teck in May 2017, Deep South Resources applied to renew the licence, which was granted without problems; we developed the project for four years. In 2021, the Ministry removed the licence on grounds that Deep-South did not carry out substantial exploration during the last tenure. We have been fighting in court with the Mining Ministry to revoke the decision. The verdict is expected on 18 November 2022. We are confident we can turn the situation around because the removal of the license had no legal grounds.

Why do you think the Ministry arrived at this decision?

There are different possibilities. We learned that there had been an application for a licence over our project about six months prior to the expiry of our licence, but the application was hidden in the system and did not show up in the Mining Cadastre. This indicates that there were other interests at play. The other aspect is that the project was discovered in the 1950s and held by the same prospector until 2003. Over those years, the previous owner did a couple of deals with Falconbridge (who drilled about 5,000 m), then with Rio Tinto, who did ample geological surveys, soil sampling, and deposit modelling, drilling over 45,000 m, and then in 1996 Davy and Minproc ran a feasibility study which showed the project would require tax discounts to be profitable. The Ministry renewed the claims over all these years without seeing the results it hoped for. Deep South Resources is the first company in 55 years to demonstrate that the project could be viable and can have a positive economic impact. We showed it was possible to extract the metal at a very low OPEX and CAPEX.

What has Deep South Resources done differently to prove the project is economic, as per your PEA?

All the companies that came before us treated Haib as a typical 100–500-million-year porphyry like those found in the Andes, but the Haib copper deposit is 1.8 billion years with a very different geology. While previous companies drilled for tonnage and vertically, we were the first to drill inclined, finding shear zones and faults with high-grade material never identified in any geological maps. Furthermore, instead of using the classical model of minerals extraction (crushing, grinding, milling, flotation, and leaching, all at a high expense), we found that Haib meets all the conditions for Bio Heap Leaching, with 87% recoveries within 120-140 days – which we think we can eventually reduce to 90 days. The two most important conditions are external temperature and pyrite content: the south of Namibia is one of the hottest places on earth, and our tests showed Haib contains at least 5% pyrite. The technology is not new and is being used widely by majors in combination with other methods in Chile and Peru.

Deep South Resources has acquired three licenses in Zambia. What has attracted you to Zambia?

We were looking for early exploration plays with high geological prospects across the world, and we were lucky to strike a deal in Zambia. We acquired 80% of three licenses in the Zambian Copperbelt, a region which hosts 14 active major mines while remaining largely underexplored. The most northern license, the Chililabombwe project, is 7 km from the Konkola mine and on the same geological structure. Our Luanshya West is 20 km away and again analog to the same geological trend. And finally, 30 km west of Luanshya West sits Mpongwe, our largest license stretching 735 km2. We have filed the environmental project briefs with the Ministry in Zambia and we are awaiting approval to start soil sampling programs.