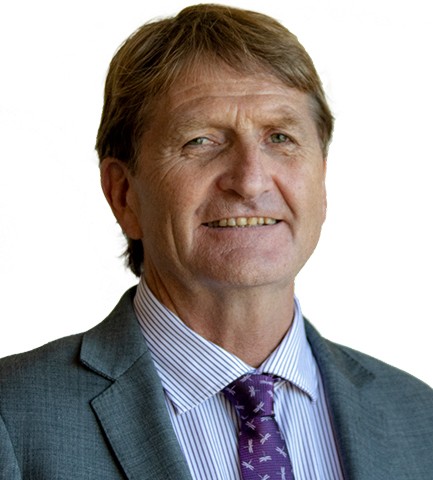 "Reflecting on our vision to make a high-grade, world-class discovery we decided to keep drilling, expand our focus to include both Tchaga and Gogbala, and ultimately put a larger maiden resource out."

Mako Gold has announced it will extend the date of the planned maiden resource at its Napié project in Ivory Coast. Can you elaborate on this decision?

There are several reasons why we chose to extend the date for our maiden mineral resource. Tchaga has been our main prospect, with 45,000 m of drilling to date, so we recently extended our drilling at Tchaga. As we continued drilling we kept getting outstanding results; the best recent intercepts returning 10 m at 18.98 g/t Au in the near-surface oxide. Secondly, we recently completed a capital raise of AU$10 million and also received payment of AU$950,000 for our Niou project sale to Nordgold in Burkina Faso which placed us with about  AU$15 million in the bank, so we re-started drilling at the Gogbala prospect, which is only 4-5 km along the same fold from Tchaga, and have had very good drill results. Reflecting on our vision to make a high-grade, world-class discovery we decided to keep drilling, expand our focus to include both Tchaga and Gogbala, and ultimately put a larger maiden resource out.

Could you share your community engagement activities and what do you think is the role of juniors in promoting local sustainable development and sustainable mining practices?

It is never too early to get involved with the community. When you work in someone’s backyard, morality dictates they should get some benefit out of it. Beyond the moral consideration, working together with the community makes business sense.

My first piece of advice is to always communicate in advance with all the relevant authorities – from the village chiefs to local dwellers - before starting a drilling program, because not doing so is the quickest way to get a community against the project.

Mako recently increased the ownership of its JV with Perseus to 90% for Napié. What is your end goal for the project?

Having consolidated our ownership for Napié, we stay open to different possibilities down the line. Both my wife, Ann, and I are geologists, our passion is exploration, so one option which would be palatable to investors is to become a takeover target. We would create competition for the main asset, drive the share price up, sell the asset, and spin it out of the pipeline of other projects. That said, we would never entertain a takeover that is not advantageous for our shareholders, and we don’t lose sight of the fact it is them we are working for. We are therefore also open to building a mine. West African Resources is the textbook takeover target that ended up putting the mine into production, and very successfully so.

Could you introduce to our audience your newest Korhogo project?

We were granted the first permit in late 2020, and the second in February this year. The project is on the same regional fault which hosts Endeavour’s 2.7 million ounce Wahgnion mine across the border in Burkina Faso; this is a great location and what we love most about it is that it has had no previous exploration. We finished the air-borne geophysical survey on both permits as well as regional soil sampling, and now we are waiting for the end of the wet season to follow up with detailed soil sampling. As soon as that’s done, we’ll launch into a 10,000 m maiden drilling program.

What makes Ivory Coast an attractive destination for juniors?

Ivory Coast is the destination of choice in the region thanks to a very stable, pro-mining government, which, ever since 2011 when the political troubles ended, adopted a diversified economic strategy, encouraging mining investment to diversify from the agricultural focus. Moreover, it is a very safe jurisdiction. Finally, Ivory Coast has excellent infrastructure (it sells excess power to neighbouring countries) and has a skilled local workforce. We are very proud to say we only have local people on the ground, while 20-25 years ago there was a confluence of expats typically taking these roles.

Mako Gold has a track record of making discoveries in West Africa; we have done it before with Orbis Gold where we made three gold discoveries, including the Boungou mine in Burkina Faso operated by Endeavour.