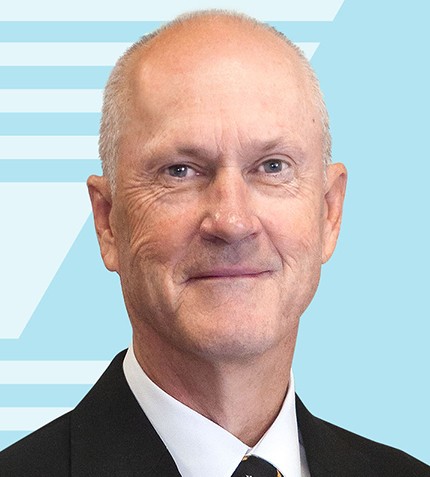 "When the uranium price starts to move, we can drill out our discoveries, generate resources, and move towards studies and, ultimately, production."

Can you elaborate on the company’s assets and your current exploration activities?

The Marenica uranium project has a resource of 61 million pounds, and we have demonstrated that our U-pgrade process works on this deposit, increasing the grade to about 5,000 ppm U3O8 prior to leaching.  Our exploration efforts on our continuous land package in the Namib area have resulted in two new discoveries, Koppies and Hirabeb.  Koppies is a palaeochannel system of approximately 6.4 square kilometres, of which we have drilled about 40%.

Meanwhile, the Hirabeb project is a palaeochannel system longer than the width of the English Channel with mineralisation intersected for the majority of its length.  We also conducted work on the Namib IV tenement and have discovered a palaeochannel system.  Our recent focus has been on regional exploration and understanding how many potential deposits we may have.  When the uranium price starts to move, we can drill out our discoveries, generate resources, and move towards studies and, ultimately, production.  We raised approximately A$5.4 million in November 2020, which is going towards accelerating our exploration activities in Namibia and defining targets for drilling.

Our assets are located in the fourth-largest uranium province in the world in terms of uranium resources.  Namibia has ample exploration potential and is an extraordinary mining jurisdiction.  The government is supportive of mining, and Namibia is the only country in the world that has an association dedicated to the industry - promoting and supporting the uranium industry, the Namibian Uranium Association

Elevate Uranium’s U-pgrade process lowers cost. Is this mainly due to beneficiation?

Our proprietary U-pgrade process is a beneficiation process, developed in-house and patented.  It increases the grade prior to leaching by removing the bulk of the non-bearing uranium minerals, reducing the mass through the process to the point where we have less than 5% of the mass going to the leaching stage.  As a consequence, capital and operational costs decrease by about 50% compared to conventional processing.

The technology is applicable to all of Elevate Uranium’s assets.  We know it works well in Namibia as we tested the process on all known calcrete hosted uranium deposits in the country.  We also applied it to our Angela deposit in Australia and lowered the acid consumption in the project by just under 80% through the application of the U-pgrade process.

How do Investors perceive Elevate Uranium, and how has this perception changed?

There is a lot of understanding within the investment community that nuclear energy is pivotal in decarbonization.  The uranium market dynamics are compelling, with the demand for uranium outweighing production, which is not sustainable.  It can only become sustainable with a rise in the uranium price to incentivize new production.

Our large land package in Namibia, success in new discoveries, and the U-pgrade process made the market realize that Elevate Uranium is a great investment opportunity and is hugely undervalued.  The company is currently attracting significant attention, which we did not have before. I believe that the current rise in uranium companies’ share prices is early investors getting set before the uranium price starts to move strongly.

How would you compare the future of renewables versus uranium and nuclear power plants on the global journey to decarbonization?

Renewable energy sources are not reliable baseload power and are mostly limited by a lack of fuel (i.e. wind, sun, or water) and require backup power sources, which in most cases is a carbon-emitting fossil fuel. Meanwhile, nuclear power plants require less maintenance and are designed to operate for longer stretches before refuelling.