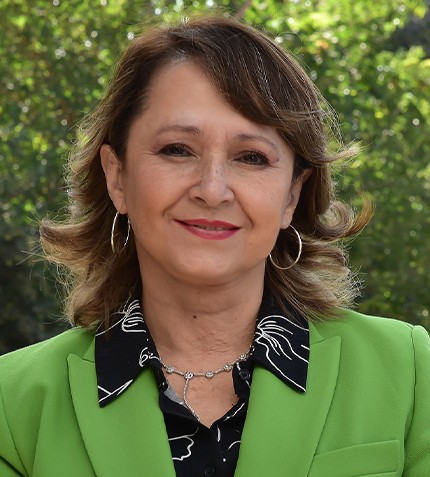 “We would like exploration to open the door to new developments, so we aim to make the necessary regulatory changes to increase legal certainty for those who are willing to invest in exploration.”

MINISTER OF MINING, GOVERNMENT OF CHILE

What is the vision of the Boric government regarding the Chilean mining industry?

If you look at the figures from the last decade, the mining industry represents over 10% of the GDP, so it is probably our biggest source of wealth. In terms of challenges, the climate crisis, which in our country has meant years of drought, requires a better mining industry that can provide metals in a sustainable and responsible manner. We must not only advance towards the decarbonization of mining, but also towards tracking and monitoring the mining industry’s emissions, using well-defined reporting standards, and formalizing the industry’s commitments to switch to renewable sources of energy. As a country we have bet strongly on renewable sources of energy since 2014, and the drought means we need to boost the use of seawater in mining, as well as leading an industry discussion around circular initiatives to maximize the reuse of water. In addition to this, we need to tackle the issue of mining waste and environmental liabilities.

What potential is there for further exploration and discoveries of large deposits, and what can be done to increase the participation of junior companies?

We see current exploration investment in Chile as insufficient, as most exploration projects are brownfield initiatives to extend existing operations. We would like exploration to open the door to new developments, so we aim to make the necessary regulatory changes to increase legal certainty for those who are willing to invest in exploration. With regard to a greater participation of junior companies, ENAMI has a great role to play there, and not just in metals, but also non-metallic minerals.

What impact could tax and constitutional reforms have on the attractiveness of Chile for investment?

The fiscal framework is an important factor for investors, but not the only one. There are others such as political stability and social peace. The world is witness to how the Chilean people can reach an understanding and solve conflicts via dialogue, even if we had intense social protest in 2019. We are working to make Chile a much fairer country in the relationship between industries and the population. For companies, changes to the tax regime are an investment towards social stability and security for their businesses in the long run.

Can you elaborate on the government’s plans for Chile’s lithium mining sector?

Chile is the second largest producer of lithium in the world, but we produce lithium carbonate for the most part. In the future, we are also interested in producing lithium metal and lithium for batteries. President Boric's government is mandated to create a state-owned lithium industry that could take various forms, such as a state-owned company or a public-private partnership.

How can environmental liabilities such as tailings dams be transformed into assets that can be remediated through profitable metal extraction?

I have always admired the creativity and innovation of Chilean engineers who have devised technologies to face the challenges of an industry in constant change, for example, deterioration of mineral grade, energy costs, water supply, etc. Today there are ways to process something that years ago was considered waste. Tailings contain great wealth, so there is an opportunity to profitably remediate these environmental liabilities. Minera Valle Central in Rancagua is a good example of how these deposits can be reprocessed. We have identified these liabilities and intend to stimulate both public and private investment in this area.

How is the government promoting the sustainable use of water sources and what are mining companies doing in terms of incorporating new technologies in this segment?

We have an interministerial committee around the issue of water, and one of the first agreements is to build shared infrastructure. The quickest solution to water scarcity is to install desalination plants, but desalination has a limit, because those plants also have an environmental impact. Therefore, if we install desalination plants, we must ensure that these facilities can support not only mining companies but also the agricultural segment and the general population. In the longer term, the goal is to have an interconnected water system, to have an efficient distribution of this resource throughout the country.