"The issue with the Samapleu Nickel-Copper project in Ivory Coast is that we expect to be looking at massive high-grade sulfides accumulated in several reservoirs at depth along the 50 km strike length of the Yacouba intrusive system." 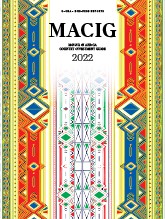 Could you give us a background into Sama Resources and introduce to our audience the unique mineralization of the Ni-Cu-Co-PGE Samapleu discoveries?

Sama Resources was established in 2010. The prospective triple junction between Guinea, Liberia, and Ivory Coast first came to my attention while I was working on a laterite project in the area as a director of exploration for Falconbridge back in the 1990s. At that time, I was intrigued to hear about a small showing of nickel-copper sulfide, but it took another decade before I returned to Ivory Coast to form a JV with state-owned SODEMI and explore this showing. Immediately after starting drilling in 2010 came the first results, with grades of 90 m of mineralization, including 2% nickel, 2% copper, but also palladium, platinum and rhodium. Off to a great start, we investigated further and realized that we had come across a much younger structure than the Craton, of the same age and of similar geological features as the Bushveld intrusive in South Africa. After conducting airborne surveys in 2013 and in 2018, we discovered we are looking at an intrusive complex of 2 billion years, the same age with the Pyrenean Greenstone belts. The erosion had brought this very pristine, never altered or metamorphosed mineralization to the surface.

What is the current development plan for Samapleu?

The issue with the Samapleu Nickel-Copper project in Ivory Coast is that we expect to be looking at massive high-grade sulfides accumulated in several reservoirs at depth along the 50 km strike length of the Yacouba intrusive system. Near surface, we have already a resource of 40-50 million tonnes for open-pit operation, but we think this has much greater roots. In 2018, Ivanhoe Electric joined in with a financing of US$25 million. We all strongly believe in the geological model that we have developed over the years and today we are testing for targets at 800-1,000 m, so it is a tedious process that does not yield regular news flow.

Why have this type of nickel-copper sulfide discoveries not been made in the region?

This new mineralised intrusive system has never been described or known before. We sponsored one of our geologists to do a PhD study on it, publishing various articles on this mineralization type. Unlike nickel-copper sulfides, nickel laterites are widely available in Guinea, Liberia and Ivory Coast.

Could you tell us more about your balance sheet structure and financing?

Our relationship with Robert Friedland and Ivanhoe started in 2017 at the Indaba conference in RSA. They had an interest to take a 60% hold of Sama Nickel Corporation (SNC), the Ivorian subsidiary of Sama, by spending US$25 million. Today, they have invested more than US$15 million, reaching 30% ownership of SNC, a clear indication of the commitment Ivanhoe Electric holds into this project.

What is the focus of SRG Mining (SRG)?

SRG is focused on a property we acquired just across the border from Ivory Coast in Guinea back in 2012. Looking for more nickel-copper sulfide expansions in Guinea, we discovered several new nickel laterites occurrences not described before, but we also observed a very black road cut which turned out to be graphite. This was a zone with a high graphite content of 8.5 km long and up to 1 km width. Realizing the great potential, we created SRG Mining in 2018, a separate entity of which Sama Resources holds 34% or 24 million shares. The project is shovel-ready with a completed DFS and 80% of the potential output already sold to contracts. Today, it is just a matter of securing the funds to start production.

What is the investment appetite for nickel and graphite?

Energy metals are very well positioned for the future as essential constituents to build batteries, which require nickel and graphite. Nickel, in particular, is poised to see heightened demand. Without more discoveries, nickel also risks being undersupplied, so it is paramount to spend the time and money to find more nickel, especially nickel sulfides.

Do you have a final message for your shareholders?

I’d like to share a word of gratitude to our supportive shareholders that have been with us from the beginning. Base metals exploration is a long-haul game, requiring money, dedication, and patience. We appreciate the support we get from Ivanhoe and we are doing everything in our power to make a discovery as quickly as possible. Our vision is to ultimately become a successful mining player.