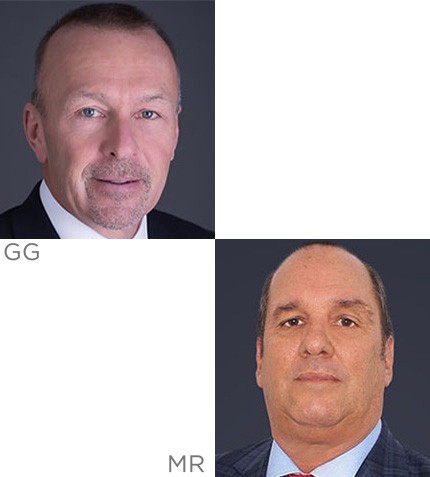 "Cerro de Pasco Resources plans to acquire more operating mines to integrate into its portfolio to supplement its work on tailings and stockpiles."

What is the current state of operations in the Cerro de Pasco region?

GG: Cerro de Pasco Resources owns the El Metalurgista concession, which includes the Quiulacocha Tailings and Excelsior Stockpile with approximately 90 million tons of deposits. To start mining operations from scratch, it takes years to obtain the necessary permits. Because we are mining a tailings facility, however, we will be able to start drilling much faster — we have a filing and approval from the Ministry of Energy and Mines to carry out 40 bore holes and will commence once Peru’s rainy season ends in May. The drilling work here will involve sonic drilling rather than diamond drilling, and this is difficult when the water level is high. Cerro de Pasco Resources is keen to start drilling, we know that there is a high level of expectation in in the region given the positive environmental and economic impacts.

The Excelsior Stockpile holds a lot of promise for the company and local stakeholders as a long-term project. We will start with the tailings and the stockpiles will come in a second or third stage, because they are more difficult and expensive to process, meaning that the combined project will likely last around 20 to 30 years once underway.

MR: Cerro de Pasco Resources will start by reprocessing and cleaning the tailings in the Cerro de Pasco region; these are residues from mining operations over the past century. The Quiulacocha tailings produce acid water that is harmful not only to the environment but also to the people in nearby communities. Besides acid mine drainage, many inhabitants suffer from lead poisoning as a result of lead residue in the urban environment. Children in particular face chronic illnesses as a result.

Cerro de Pasco Resources has developed techniques for reprocessing the tailings initially that will result in the removal of harmful toxins and at the same time breathe life into new economic activities. These communities have been negatively impacted by mining activities for generations, and we are committed to generating better health and economic improvement. Our objective is to produce a dollar of wealth per ton of waste in this project. It is not uncommon to hear about communities fighting mining operations in Peru, but in our case, the people of Cerro de Pasco are pushing for this project to move forward and are helping us to obtain the necessary permits.

What significance does the Santander mine hold in Cerro de Pasco Resources’ portfolio?

GG: Our tailings work remains an integral part of Cerro de Pasco Resources’ identity. While we view this as our core, we purchased the Santander mine from Trevali Mining Corporation to help with our transition from a junior to a senior resource company. Along with the acquisition, the company provided an immediate revenue stream as well as engagement in a strategic sense. Looking into the future, Cerro de Pasco Resources plans to acquire more operating mines to integrate into its portfolio to supplement its work on tailings and stockpiles.

What role does technology play in the viability of this type of work?

MR: The tools that mining companies have used in Cerro de Pasco over previous centuries pale in comparison to the technology we have at our disposal today. As such, their operations were less efficient at extracting metals and the tailings that were left actually still hold a significant amount of value. This is a primary factor contributing to how we are able to make such a profitable operation out of what is typically regarded as waste. Additionally, given the use of new techniques and equipment, we believe we will even find rare metals like bismuth and germanium in the tailings.

Cerro de Pasco Resources is definitely one of the pioneers bringing this approach to Peru.

What are the company’s key priorities for 2022 and its growth strategy for the coming years?

GG: Our goal for 2022 is to consolidate the remaining permits we need to begin work on the tailings, which we are very close to accomplishing. We will continue to strengthen our operations at the Santander mine, and we will purchase another mine in Peru. In this regard, Cerro de Pasco Resources has a lot of potential for growth through acquisitions.