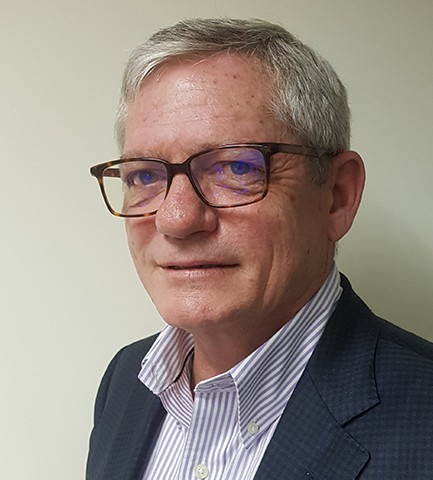 "Considering that mining in Peru represents over 10% of the GDP and 60% of the export earnings, I do not expect there will be drastic changes to the legislation affecting mining."

What is the current status of the financing package for the Corani project (June 2021)?

We continue to work with BNP Paribas and Société Générale, who we engaged in 2020 to arrange a senior secured credit facility. The main commercial terms of the financing have essentially been agreed, and the different parties have completed their due diligence. The independent engineers will be able to sign off on their technical due diligence report after a site visit, but the recent outbreak of the Delta variant of Covid in the Arequipa region has delayed this slightly. This part of the Corani project financing will be in the order of US$400 million to US$425 million at good commercial terms.

We are also negotiating a subordinated debt facility that would bolt on to the senior credit facility. The intercreditor arrangements are the subject of discussion as to who disperses first, who gets repaid first, and how they get repaid out of the project cash waterfall. As part of the subordinated debt package we will probably enter into a long-term concentrate offtake agreement, which will secure our market for several years.

The balance of the Corani project financing will be raised by equity.

To what extent has the political situation in Peru impacted the climate for mining investment in the country?

In my opinion, considering mining in Peru represents over 10% of the GDP and 60% of the export earnings, I do not expect there will be drastic changes to the legislation affecting mining. There may be incremental increases in the tax burden, but the principal enshrined rights in the constitution – such as property ownership and the free movement of currency – will not be changed. It will take the capital markets some time to absorb all of this, but Peru remains a good destination for mining investment, with a far stronger bond rating for its sovereign debt than any other South American country except Chile.

In many of the major mining regions in Peru Pedro Castillo received a large majority of the votes. Do you think the anti-establishment sentiment in these regions is an image issue, or more deep rooted?

I think it is more deeply rooted. From the mid-90s until 2019, the level of Peruvians living below the poverty line dropped significantly, but many of those people had informal jobs. Then the pandemic hit, the GDP dropped by over 10% and government-imposed lockdowns left these people without the means to make money. Inequality and poverty, which cause disenchantment, have been enflamed by Covid.

What work has Bear Creek been doing to support the Chacaconiza and Quelcaya communities?

Over a long period of time we have helped them develop their alpaca herds and improve the quality of the wool, to the point where the average family income had gone from US$50/month in 2011 to US$700/month in 2019. However, the alpaca market was drastically affected by Covid. We have been able to provide some employment on various projects, including building a power line, where we have completed seven towers of a proposed 17. We have also provided educational material, radio signals and internet access so that the children can study from home. Once the power line is completed, we will put up fiber optic cable which will eventually spread to all of the local communities.

Where would you like to see Corani by the middle of 2022?

I would like to see a substantial amount of the heavy civil work done, the pioneer camp virtually complete, detailed engineering complete, and major equipment ordered – some of which ready to be delivered. We also intend to augment Bear Creek’s in-house team, and have recently hired a new project director and a health and safety manager. We will need further reinforcements in HR, environmental specialists, engineering, metallurgical and communities relations staff.

In summary, I would like to see an organization with around twice as many people as we currently have, managing a heavy civil works contractor and getting ready to line the water ponds at Corani.