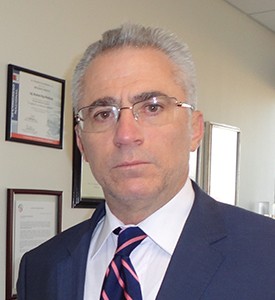 "Mexico used to produce 3.5 million b/d of oil but now it is below 2 million b/d, and less gas is being produced. The country has not invested in shale gas even though it has the same shale formation as in Texas; the government needs to incentivize exploitation of this. Once there is more oil and gas production, private players will be willing to invest in refurbishment of refineries. Raw material is everything and therefore the petrochemical industry will not grow by much in the coming years." 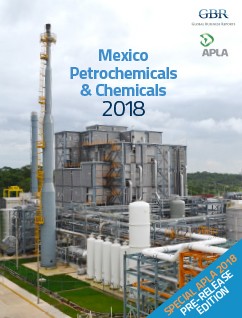 How important is Mexico in terms of Unigel’s manufacturing capacity in Latin America?

The main products we produce are acrylic sheets via our Plastiglas unit. We also have two other companies in Mexico, Unigel Quimica and Unigel Acrílicos, which manufacture intermediates and some raw materials so that we integrate vertically to produce acrylic sheets. Unigel’s operations in Mexico represent about 15% of our EBITDA. We used to have an agreement with Pemex to produce acrylonitrile for which the main raw material is propylene which comes from refineries. A by-product from producing acrylonitrile is hydrogen cyanide (HCN) which is used as a raw material for sodium cyanide, as well as methyl methacrylate (MMA), which Unigel is the leading producer of in Latin America and is used to make acrylic sheets.

Unfortunately Pemex’s refineries are not operating efficiently and probably only at 30% capacity, so there is not enough propylene available. Indeed, Mexico imports 70% of its gasoline needs. Therefore, we stopped our partnership with Pemex and now import MMA from Brazil. We are now only producing sulphuric acid in our plants and the challenge is to reach the levels of previous manufacturing that we had in Mexico.

Do you expect more propylene to be available in Mexico in the coming few years?

Pemex is looking for partnerships for refurbishments of its refineries. The extent to which it does this all depends on who becomes the next president of Mexico. López Obrador from the left-wing National Regeneration Movement has said he wants to invest in two new refineries and refurbish many existing refineries. We do not know where he will get the money to do this but if this happens and there is more propylene in Mexico then it will be easy to increase our production again. Whatever happens with Pemex, it will be slow process. If they find a private partner to invest in refurbishment then it will be quicker but to attract investment first feedstock needs to increase.

There are bidding rounds ongoing, and Shell was just awarded 65% of available blocks that were up for auction, so production of feedstock should increase again. Mexico used to produce 3.5 million b/d of oil but now it is below 2 million b/d, and less gas is being produced. The country has not invested in shale gas even though it has the same shale formation as in Texas; the government needs to incentivize exploitation of this. Once there is more oil and gas production, private players will be willing to invest in refurbishment of refineries. Raw material is everything and therefore the petrochemical industry will not grow by much in the coming years. Braskem Idesa made a huge investment but now there is not enough ethane for Pemex to produce more ethylene. Some companies are operating at 50% capacity because there is not enough ethylene oxide. This is why Pemex for the very first time started importing ethane in January 2018.

Will Unigel consider importing propylene from the United States?

This could happen given the United States is long on propylene as they are investing into the dehydrating propane, not just producing propylene form crackers. They are injecting US$60 billion per year into different chemical projects and do not even have enough engineers to cope with this, whilst Mexico is shutting down plants. This is because Pemex decided to invest in oil rather than gas due to higher margins which means there is not enough raw materials for Mexico’s crackers which are all ethane based; and there are no plans for a liquid-based cracker.

They should have at least invested in a flexi-cracker to crack light naphtha but instead Mexico exports light naphtha to the US Gulf Coast. Some Mexican companies are moving their plants to the US as a result. As well as in Mexico, Unigel is analyzing ways it could produce MMA in the United States. It is a pity as Mexico could have become a great petrochemical nation. Due to the reforms, there are plans to refurbish the ethane crackers to crack liquid propane which could improve the situation somewhat but there is a limit before a huge refurbishment is required.

Unigel also sells sodium cyanide to Mexico’s gold and silver mining industry. How important is this side of the business to Unigel?

In 2017 the price of MMA increased dramatically but the price of sodium cyanide decreased due to imports from China and South Korea so margins went down even though the gold and silver industry is doing well. The good thing about Unigel is we are flexible: we can use HCN to make either product. Indeed, in 2016 margins for sodium cyanide were higher than for MMA. We have acquired a plant to produce HCN and will decide in the next three months to produce HCN or sodium cyanide or combination of both.

What are Unigel’s key differentiators in the Mexican market?

In terms of upstream, we can buy natural gas and ammonia, the main raw materials for HCN, at US prices which are very competitive due to shale gas. In Brazil we can also produce HCN and acrylonitrile at a competitive cost because we have a good supply agreement for propylene. Regarding downstream, Plastiglas is the leading producer in the Americas of cell-cast acrylic sheets. We can produce specialized sheets as per customer requirements such as different sizes, color and make the sheets bullet and crash resistant and ones suitable for foods. We export 65% of our sheets to the US, Canada, Europe and Central America.

Where will Unigel target growth in 2018?

We will install our plant to produce HCN and dismantle an acetone cyanohydrin (ACH) plant that we own and install it in Mexico or on the US Gulf coast to produce MMA again to use internally and sell to the paint industry in Mexico and the United States. We will also produce acrylic sheets of up to 100mm thick and more impact resistant sheets without compromising on transparency. Currently we produce 16,000 mt of sheets but want to produce 20,000 mt sheets in the next few years.